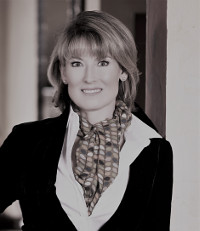 Deborah Parker Wong, DWSET, is Global Wine Editor for SOMM Journal, The Tasting, and Clever Root magazines where she reports on the wine and spirits industries with an emphasis on trends.

As a Wine & Spirit Education Trust Approved Program Provider, she offers Level 2 and Level 3 WSET certifications to students in the United States, and she teaches as an adjunct professor in the Wine Studies department at Santa Rosa Junior College.

In addition to writing and speaking about wine, Deborah provides strategic consulting services, judges wine competitions, and scores wine for Planet Grape Wine Review. Her motto is: To learn, read. To know, write. To master, teach. 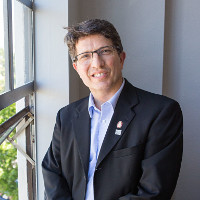 David is the Founder & CEO of San Francisco Wine School, the largest wine school in the USA. Previously he created the Certified Sommelier Program at the former Professional Culinary Institute where he coached more than 400 students to pass the Court of Master Sommeliers’ Certified Sommelier exam.

Soon after, in 2011, Glancy founded San Francisco Wine School to create the ideal educational setting from the ground up. Glancy is one of only twelve people in the world to hold both the revered Master Sommelier diploma and the Certified Wine Educator credential. A certified French Wine Scholar, Italian Wine Professional, and Certified Specialist of Spirits, Glancy has earned the credential for every program he teaches, and more.

Previously he managed restaurants in the Bay Area and abroad, taught wine and business management at Le Cordon Bleu's California Culinary Academy, served on the editorial board of Sommelier Journal and was a 3-term member on the board of directors for the Society of Wine Educators. Currently he is on the advisory board for SommCon and the American Institute of Wine & Food. 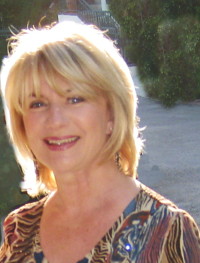 She is Vice President of the Board of the National Association of Wine Retailers (www.nawr.org) working to “free the grapes” via direct shipping from wineries to retailers and consumers nationwide. For Du Vin Wine & Spirits in West Hollywood she is the marketer specializing in the wines of Italy and Latin America.

Her most passionate areas of work are as a spokesperson, international wine judge, educator, journalist and Course Co-Creator (AWS – American Wine Specialist and the Olive Oil Specialist course) with North American Sommelier Association (www.nasommelier.com). In this capacity Stacie is a cheerleader and able to communicate, educate and encourage students to develop and continue their knowledge in wine and food. An equal passion is functioning as a judge for wine competitions in the US, Argentina and Mexico.

Along with her work in the wine industry, Stacie is the founder and CEO of Point Media (www.pointmedia.com), a digital video production firm specializing in the music industry, developing music videos, multi-cam concert productions and apps. At times her two passions of wine and video production crossover. Stacie is producer of the one-hour award-winning documentary for Wine Spectator magazine and producer of over a dozen Satellite Media Tours featuring wineries. She is an Emmy Award winner for her news and journalism work with NBC. As a product/brand spokesperson she has conducted international webcasts and shows for Bertolli Foods and Saeco and is spokesperson for the Baja Winemakers and Chefs Association.

Stacie relates to the quote from Francis Ford Coppola regarding similarities between the wine and film businesses:

"The process is the same, with three stages. In film, you gather the source material. That's the research or the story material or the writing. The gathering in wine is the gathering of the grapes. The second phase in film is, you take what you've gathered, which some days was good, some days was bad, and through the editing you assemble, just as in wine you taste the different lots and then you assemble what you think is the best wine. Then you have the third phase, which is the entire process of finishing, which in film is all the sound and mix and color correction and finally taking it to the audience. In wine, it's the same thing, the fining and the aging and the bottle aging and ultimately putting it into the package." 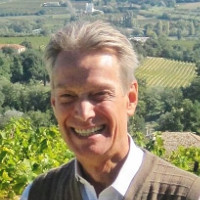 Roger has enjoyed a long and fulfilling career in wine and is currently an independent consultant, writer, educator and competition judge. He joined the trade after obtaining an MA in International Studies from Johns Hopkins University, where a chance encounter with a fine wine convinced him that the wine trade was the obvious career choice.

In 2011, Roger divested of his interest in and stepped down as Managing Partner of Millesima USA LLC, the U.S. affiliate of Europe’s leader in direct sales of fine wines to consumers via mail order and the Internet. Roger previously worked for two national importers, last as Senior Vice President-Marketing for Frederick Wildman & Sons, New York, where he directed a team in brand management, advertising, and public relations. He acted as buyer and liaison with wineries in a dozen countries, also developing training and education for the firm’s staff and wholesalers.

In 1993, Roger became one of the first Americans to pass the Master of Wine (“MW”) examination administered by the Institute of Masters of Wine in London. For ten years he dedicated himself to the MW cause, first as Education Coordinator of the North American educational program. He served as Chairman of the No. American Advisory Board, leading the formation of the non-profit Institute of Masters of Wine (No. America), where he served three terms as its first President.

Roger has appeared often as a speaker at U.S. wine festivals and conferences and has led seminars and tastings at hospitality schools, private clubs, and charity functions. He is a regular presenter at the annual conferences of the Society of Wine Educators. His articles and writing have appeared in the Journal of Wine Research, Wine Business Monthly, Santé Magazine, The Beverage Media Group, and Wines & Vines. For several years, Roger has authored the "Wine Q&A" on LocalWineEvents.com and published an eBook entitled Answers to Wine Questions from Real People.

Roger managed an innovative wine competition, and in recent years he has judged competitions in Argentina, Turkey and China. He has been both a presenter and moderator of “The Great Wine Seminar” in Florida, for many years one of the foremost events in the U.S. for wine collectors. In the past few years, Roger has presented online master classes for the French Wine Society (known now as the Wine Scholar Guild), and he compiled their first newsletter and comprehensive vintage chart for France. He has developed extensive website content for Wine Auction Prices including a fine wine glossary, global vintage assessments, and auction analytics.

Roger has been a frequent visitor to the classic wine growing areas of France and speaks French fluently. He has led groups of professionals and interested amateurs on tours of Burgundy. His wine travels have taken him often to Italy as well as Germany, Spain, Portugal, Australia, Argentina, Chile, Greece, South Africa, Turkey, China and numerous U.S. wine regions. 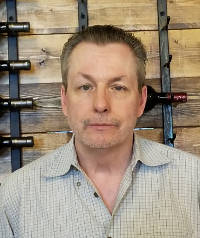 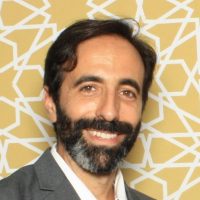 When global food and beverage suppliers, distributors and operators seek an educator with an expertise in spirit and cocktail development, wine menu creation and sustainability and strategy, they regularly turn to Danny Ronen. His passion and specialization in product development, operations and environmentally conscious practices has made him a sought-after advocate for forward-thinking movement in the food and beverage industry.

In November 2000, Ronen launched DC Spirits, a premier food, wine and spirits educational organization. He is a frequent speaker and has hosted engaging seminars at VIBE, Natural Food Expo, Tales of the Cocktail, South Beach Food & Wine, SF Cocktail Week and Green America, on topics such as sustainability in wine and spirits, combining craft and profitability and fair trade practices.

Dänny's writing and recipes can be found in featured media such as the New York Times, Vanity Fair, San Francisco Chronicle, Imbibe, Clear Channel’s Green Radio, Sunset and Tasting Panel. He also runs trainings, classes, tastings and presentations on such diverse topics as denomination of origin, production and global impact within spirit categories and has sat on judging panels for the LA Wine & Spirits Competition and WSWA. Ronen can be found experimenting and creating new flavors or curating exciting experiences near you. Please keep him away from butane torches, hand blenders and caffeine. 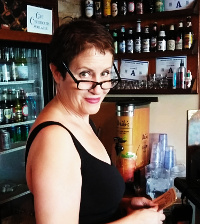 Master Sommelier Cameron Sisk, with over thirty-five years in restaurants and the wholesale business has developed beverage and brand sales into a very personal art. She emphasizes: the right wine for the right customer, from the wine newbie to the connoisseur.

Worked for nine years at Union Square Cafe in NYC under the tutelage of Danny Meyer.

Three years with Southern Wine and Spirits in Nevada, sales with top on-premise and hotel accounts and later as Director of Education and Research.

Became a Master Sommelier in 1998, joining the ranks of women who have passed the exams.

She has been with Milos Cellars as Director of Beverage for nine years. 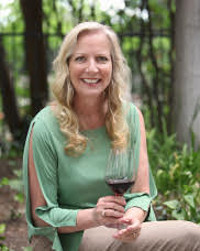 Level Two Intermediate Certification from the Wine and Spirits Education Trust (WSET), a "certification in first globally-recognized course" as an American Wine Specialist® from the North American Sommelier Association (NASA), Level 1 Sake Award from WSET, was the subject of a 60-minute Wine Immersion video, Authored "Wine Etiquette for Everyone" and has served as a judge for the Long Beach Grand Cru. 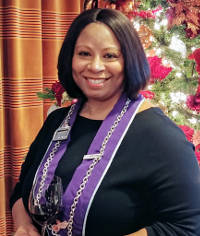 In 2007, Cassandra began her serious pursuit of a formal wine education and career in hospitality. She has earned immense restaurant management and wine buying experience, as well as multiple industry credentials to date.

She has lent her time and talent as an event Sommelier to Full Circle Wine Solutions and SF Chef Food & Wine and as a consulting wine instructor to SF Mixology.

Cassandra is most recently known for her nearly 5 year tenure with Hakkasan Group where she began as a Sommelier at Hakkasan San Francisco in 2013. She ascended through the ranks, next as the Divisional Beverage Manager for their newly acquired 'Fabric of Social Dining' restaurant concepts to then becoming the Director of Wine for Hakkasan Restaurants (US), overseeing the wine programs for all Hakkasan US restaurant concepts, with her last position being Assistant Director of Corporate Beverage (US).

Prior to Hakkasan, she had the distinct pleasure of managing the wine and beverage programs of some premier San Francisco Bay Area establishments, including serving as Wine & Beverage Director for Michelin Star Chef Roland Passot's 'Left Bank Restaurant Group' and as Beverage Manager/Sommelier at 'Los Altos Golf & Country Club'.

Her restaurant operations savvy led her to the helm of both Michelin Star Chef Daniel Patterson's 'Plum' and Jay Foster's 'Farmer Brown' as General Manager. She was able to offer her special touch for hospitality and wine education in the intimate setting of Chateau Montelena's San Francisco's tasting room at the Westin St. Francis, was wine buyer and Sommelier at 'Barrique Wine Bar' in Jackson Square and was on the opening team of 'ENO Wine Bar' in Union Square.

She has proudly worked with 5 different Michelin Star Chefs at different stages of their careers and has served on the advisory board of the Academy of Hospitality, Tourism and Culinary Arts for the San Francisco Unified School District. She has also been featured in numerous industry blog articles and publications, including The Tasting Panel and The SOMM Journal magazines.

In her not so spare time, she consults under the guise of the "The Chocolate Grape", where she offers her Sommelier expertise and wine education to the hospitality industry and the private sector, and she is also a recent inductee of La Chaîne des Rotisseurs. She has a Bachelor of Science in Business Administration from Belhaven University in Jackson, Mississippi, and she has judged wine competitions professionally since 2008.